Somebody asked me if I thought Santa would make a good mover.

Well, the old elf’s supernatural powers aside, I have a few issues.

Santa would not do well as a mover.

Archive
If Santa Were A Maryland Mover Tuesday Dec 20, 2016 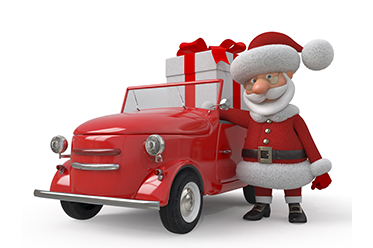 Somebody asked me if I thought Santa would make a good mover. After all, he seems to work a lot of magic for a lot of people, delivering millions (or is it billions?) of goodies all over the world in a single night.

Well, the old elf’s supernatural powers aside, I have a few issues. I think other Maryland moving companies, including my fellow Baltimore movers, would agree. Santa would not do well as a mover. In fact, he would be a disaster. Here’s why.

Safety. We don’t hear much about Santa’s safety record. I think that’s because it probably isn’t so hot. How many times can you land a rig like his on a housetop without some mishap? At the very least, he’s going to shake some icicles from the eaves on occasion, and heaven only knows what poor soul might be below when they come crashing down.  Call 911.

While I’m on the subject of safety, what about that rig? Who’s doing the inspections on that thing? I wouldn’t expect the ASPCA to stand idly by while he works the very antlers off those eight tiny reindeer, either. And one, solitary, blinking red nose to navigate through fog? Give me a break!

And what about operator fatigue?  Santa compresses way too much activity into a single shift. All that chimney climbing up and down is bound to take a dangerous toll on his ability to function unimpaired. We would definitely need a special “Professional Sleigh Operators” provision in the hours of service rule.

Then there’s the issue of packing. Lumping all those goods together in one big bag and whirling willy-nilly all over the planet—the damages to goods would be astronomic. Good luck trying to find a phone number or website for filing a claim. Starting Christmas afternoon, Santa’s whole operation shuts down for about nine months of the year.

And speaking of Santa’s North Pole operations, I wonder if he’s taking undue advantage of the elderly. As I understand it, elves live way past 100 years. Yet Santa keeps them toiling away, with no regard for their age and infirmity.

In fact, when you put it all together, Santa could be the very picture of a rogue mover, don’t you think? Fly by night, no accountability for safety, no recourse for damaged or lost goods, sketchy hiring practices, on and on.

No, I think Santa would not make a good Maryland mover. He had better keep to his regular duties and leave the professional moving services to Advanced Relocation Systems. You can get a free quote from us today. We’re Maryland movers you can count on the other 364 days of the year, not like Santa. (Although we do have something in common with the jolly guy—we like milk and cookies, too.)