We aren’t surprised that so many filmmakers have found their muse in the Baltimore skyline.

There really is something for everyone in Baltimore, including movies!

In fact, there are dozens of movies set or filmed in Baltimore, and some of them, like Sleepless in Seattle, really give a great look at local landmarks! 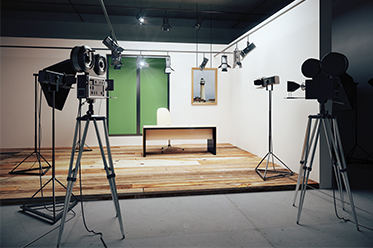 Sure, we all know Baltimore is a great city, but did you also know that Baltimore is a great place to film and set movies?  Well, it is!  In fact, there are dozens of movies set or filmed in Baltimore, and some of them, like Sleepless in Seattle, really give a great look at local landmarks!

We aren’t surprised that so many filmmakers have found their muse in the Baltimore skyline. In fact, the list of movies set or filmed here is very impressive (check out Wikipedia’s expansive list here. To narrow it down, we chose a list with some diversity. There really is something for everyone in Baltimore, including movies! Here is our must watch list, with something for all tastes.

The prequel to Silence of the Lambs and Hannibal this film is a must for any thriller film junkies. Both set and filmed in Baltimore, the film centers on an FBI agent, Will Graham, and his search for a serial killer known as “The Tooth Fairy”. Graham enlists the help of Hannibal Lecter, an imprisoned criminal genius and known cannibal.

What list of Baltimore related films would be complete without the inclusion ofHairspray, a musical so rooted in its setting that it features a number titled ”Good Morning Baltimore”? Set in 1962 against the backdrop of integration, Baltimore teens use dance as a medium for change. The 2007 adaptation is the sixth highest grossing film musical of all time.

A guilty pleasure for anyone who enjoys a movie about dancing. Channing Tatum plays Tyler Gage, a kid from the wrong side of town. Gage is sentenced to community service at the Maryland School of Arts after being caught in the act of vandalizing the school. While serving his hours, he meets Nora (Jenna Dewan-Tatum). A typical teenage love story that none-the-less keeps lovers of the dance genre coming back for more (the film has been followed by four sequels).

The quintessential Baltimore film, Diner, reunites childhood friends for a wedding during the last week of 1959. Now in their early twenties, the men come together at their beloved diner and late-night hangout. Through a series of asides, the men share the details of their lives and strive to deal with the question of how to be an adult. This is a film for anyone who love a little bit comedy, honesty, and sentimentality in their film choices.

A highly rated sports comedy based on the 1987 pro football strike. The Washington Sentinels hire replacement players to finish out the team’s season after the real players join the strike. One of the replacements happens to be Shane Falco, a former Ohio State quarter back.

This concludes our list of must see Baltimore movies. Even though we have barely scratched the surface here, this should give anyone a great start to discovering what the Baltimore film scene has to offer.