Contact Us Free Moving Quote
Celebrating The Mother Of Our Company President- Marian Griffin! Friday May 07, 2021 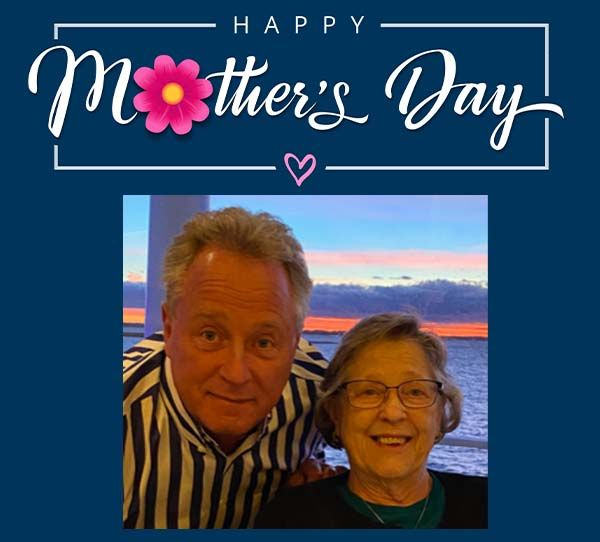 Each year, on Mother’s Day, we take the time to thank and appreciate mothers across the world for the sacrifices and accomplishments they have made for their children. Today, we’d like to highlight a very special mother whose presence is ingrained into the very fiber of our company… the mother of our President, Marian Griffin.

We spoke to Marian about what Dalton was like growing up and how he has managed to bring the family business into a new era. According to Marian, growing up, Dalton was a very sweet-natured and happy boy. He was kind to animals and small children and he had a lot of friends, many of whom he is still friends with to this day. He first started in the business by doing small tasks like cleaning the warehouse. As he grew older he joined the work-study program and worked there part-time and over the summers. After leaving high school he was presented with a unique opportunity to run the new Philadelphia location for a different business. He accepted the offer and stayed there for 5 years. While he was there, he learned quite a lot about leadership, dealing with personnel and business finances. When his father contacted him to ask that he come back to help run the business which wasn’t doing too well at the time, Dalton did not hesitate to come back.

Since then, Dalton has managed to successfully grow the business and bring it into the modern era with new technology and techniques. Throughout his career, his wife Charlene has been by his side and now his son Tyler is also in the business and on his way to continuing the family legacy. Marian has expressed just how proud of him and his accomplishments she is. She said, “I had no reason to know when he was little that he would go on to do what he has done but I'm delighted that he has been able to do that.”

Over the years Dalton has accomplished many things both personally and through the business, but what Marian said she’s most proud of, is the kind and generous person he has become. She described him as a very pleasant child to have and said that he didn’t cause her much trouble aside from a few typical teenage rebellious years. Nevertheless, he has become a person who cares very deeply about people, whether those people are his employees, friends, or family.

While their lives have definitely changed over the years, Marian and Dalton still make it a priority to spend time with each other as often as they can. Marian often spends the holidays with him, his sister, and their families. She described them as easy to be with and whenever they meet up, it's always a fun time!

While we chose to focus on the special relationship between Marian and her son, Dalton, it would be remiss of us to not acknowledge and celebrate all the other mothers on this auspicious day. To all the mothers at ARS and beyond, we wish you a Happy Mother’s Day filled with all of the food, love, and laughter that your heart desires. Happy Mother’s Day!