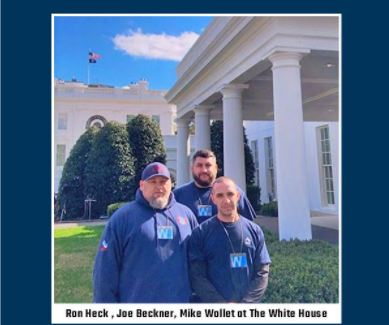 The movers at Advance Relocation Systems handle a variety of moves, from small apartments to large commercial projects. Therefore, it goes without saying that some moves would call for a bit more effort than others. One of our moving crews is headed by Joe Beckner, and he works closely with his brother Ronnie Heck. The duo have worked on the same crew for 10 years now and most of the other movers in the crew have all been with them for about 8 years.

We spoke to Joe about some of the more interesting and tedious projects that he and his crew have tackled. Just recently, with a crew of only 15 movers, they moved the office furniture for a client with 370 offices. The client was undertaking some construction work and the furniture needed to be moved out of the building and into storage for the duration of the project. Afterward, they then moved that same furniture back into those 370 offices! 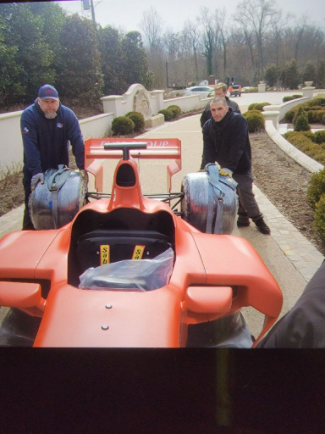 This move involved a racecar!

Joe and his crew have also built up a repertoire for projects involving 5G towers. These projects often see them moving radio equipment, the actual 5G towers and antenna equipment to the highest points of buildings, i.e the roof. Many of the buildings involved are older buildings without elevators. In one instance, this project included a 16 floor building! 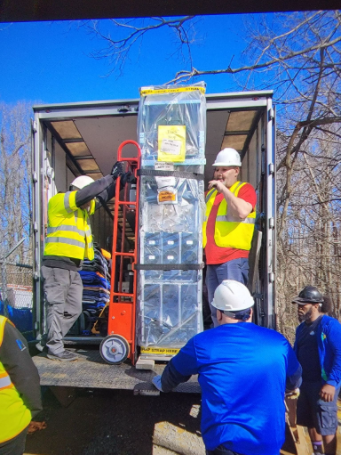 The crew unloading a 5g tower.

Another notable project they worked on included an office building that was having the ceiling torn out due to asbestos. For this project, they moved about 160 employees into large storage containers outside the building. This was an on and off project that lasted for about 4 months.

Part of the crew at The White House

While being a mover can sometimes be a physically demanding job, this is one of the things Joe loves about it. He enjoys being active, but he also enjoys the many places his job takes him. He recounted that he and his crew have been to the White House, The Pentagon Building, Washington Monument and other notable landmarks. Having been in the moving industry for 23 years, with 16 of those years spent at Advance Relocation Systems, Joe can honestly say he’s found his life’s passion. And if the job doesn’t keep him active enough, he stays sprightly by spending a lot of time with his children, who all play sports. They all play soccer while his sons also play baseball and his daughter plays softball.

If you ever have the pleasure of working with Joe and his crew, be sure to ask about their most memorable projects!