If you’re moving into or around the Charm City, trust a local Baltimore moving company, Advance Relocation Systems, with your relocation.

If you’re moving to Baltimore there are a few things that you might want to know about the city.

What To Know Before Moving To Baltimore Tuesday Feb 03, 2015 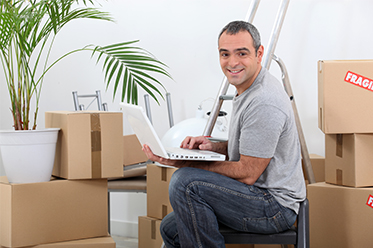 Baltimore is the largest city in the state of Maryland and the place we call home. If you’re moving to Baltimore there are a few things that you might want to know about the city.

Baltimore has 225 distinct neighborhoods to choose from. Whether you’re an inner city lover, or you enjoy the more tranquil suburbs, there is a place for you. There are four neighborhood types to check out.

Near Baltimore’s Inner Harbor, these areas are close to a number of restaurants, art galleries and other attractions.

With their cultural flair and historical roots, these areas are typically considered quirky and close-knit.

Up and Coming Neighborhoods

In these younger areas of the city, residents are enjoying rising property values while newcomers are still able to find affordable housing.

If a suburban lifestyle is more your speed, you may enjoy the neighborhoods just outside of the city. Nearby suburbs are close enough to the big city so residents can enjoy the job opportunities of a big city and other benefits, while still being far enough away for a little peace and quiet.

2. COST OF LIVING IS HIGHER, BUT NOT HIGHEST

Fortunately for those seeking employment, Baltimore is home to many large companies which provide thousands of jobs. The city's three major industries are:

Known for its medical schools and hospitals, it’s no surprise that medical jobs are the number one employers in Baltimore. Between Johns Hopkins Hospital, the University of Maryland Medical System and Sinai Hospital of Maryland, there are around 23,500 jobs!

Second to health professions are government jobs because of Baltimore’s close proximity to Washington D.C. Many residents make the commute to D.C. from Baltimore every day because of Baltimore’s relatively low cost of living. The Department of Defense is a larger employer of Baltimoreans, but closer to home is the Social Security Administration with its headquarters located in nearby Woodlawn, Maryland.

The third largest employment field in Baltimore is education. Baltimore’s public schools alone employ around 12,000 teachers; add in colleges and universities and those numbers shoot up even more.

There’s no better time than the present to move to Baltimore. Sponsored by Living Baltimore, the “City Living Starts Here” moving incentive offers $5,000 you can use towards the purchase of a home anywhere in the city of Baltimore. To qualify for this incentive, you must take part in City Living Starts Here events, such as participating in a walking tour of homes in certain Baltimore neighborhoods. Read more about moving incentives here.

Baltimore’s unique neighborhoods, cost of living, promising job market and moving incentives make it a great place to live, learn and work. If you’re moving into or around the Charm City, trust a local Baltimore moving company, Advance Relocation Systems, with your relocation.